1996 was the real year of change in American open-wheel racing, with the CART and Indy Racing League split that would forever alter the landscape looming on the horizon, but 1995 was a close second. A number of major storylines, from the return of Firestone Tires and Patrick Racing, to the reunion of Michael Andretti and Newman/Haas Racing, to the rented Rahal/Hogan cars that Team Penske used in an unsuccessful effort to make the Indianapolis 500, added color to a season that eventually crowned Jacques Villeneuve champion (and led to his move to Formula 1).

While 1995 was one of the best years to collect 1:64 open-wheel diecast on this side of the Atlantic, there were a number of key omissions from the Racing Champions line—most notably Villeneuve! Teo Fabi and Mauricio Gugelmin were also missing, leaving out three of the top 10 drivers in the final standings, as was A.J. Foyt Racing with driver Eddie Cheever. As such, it’s difficult sell to try and collect the whole podium from most of the year’s key races—with the exception of Surfers Paradise, where Paul Tracy won in his second start with Newman/Haas Racing over Scott Pruett and Bobby Rahal (cover photo).

Still, with over 20 of the drivers on the grid represented, most of the series’ top teams were represented. In an era with most teams capping themselves at two cars, it was a much different time from today, where the trio of Roger Penske, Chip Ganassi, and Michael Andretti own 12 of the 21 full-time cars on the IndyCar grid. Check out some of those two-car teams below, and look at the whole catalogue here.

Team Penske won five races, four by defending series champion Al Unser Jr., but a year removed from dominating the Indianapolis 500, couldn’t qualify for the 1995 edition of the race. After falling to 11th in the standings, Emerson Fittipaldi was jettisoned to a satellite team led by Carl Hogan, who had himself split from working with Bobby Rahal at the end of 1995.

Newman/Haas Racing went with an all-new driver lineup in 1995, with Paul Tracy leaving Team Penske and Michael Andretti returning after spending 1993 in Formula 1 and 1994 with Ganassi. Tracy drew first blood in Australia and won again in Milwaukee, but Andretti finished higher in the standings (fourth to Tracy’s sixth) despite only winning once, in Toronto. 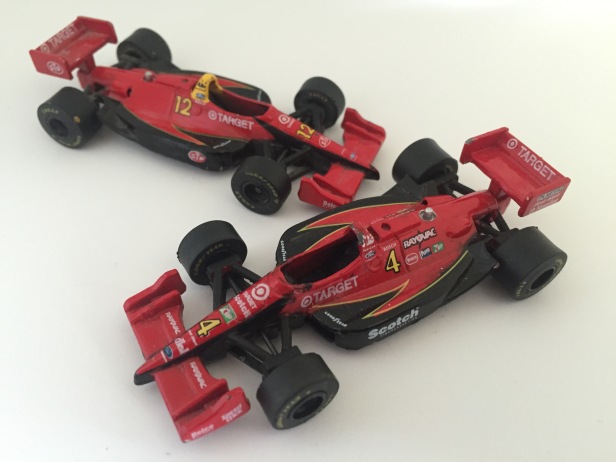 The Target sponsorship at Chip Ganassi Racing expanded to two cars in 1995, as Ganassi replaced the departing Andretti and Gugelmin with Bryan Herta and Jimmy Vasser. Herta would take a podium but could only muster 20th in points; Vasser placed eighth. He’d break out with four wins in the first six races of 1996 on the way to a decisive championship. 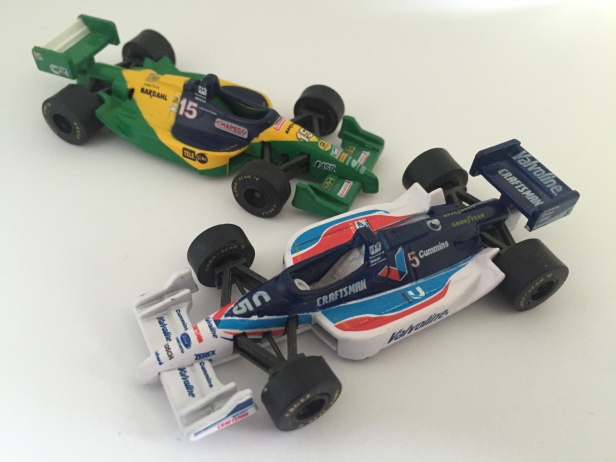 Walker Racing signed ex-Formula 1 driver Christian Fittipaldi to partner Robby Gordon. Gordon’s 1995 was his best-ever CART season, as he equaled 1994’s fifth place in points but scored a career-best 121 points and took two victories. While Fittipaldi only had one podium finish, he picked a fine time to take it: he ran second in his only Indianapolis 500 start.

Bobby Rahal signed Raul Boesel and his Duracell sponsorship to replace Mike Groff at Rahal-Hogan Racing in 1995. Approaching the back end of his open-wheel career, Boesel fell to 16th in points and would leave to replace Villeneuve at Team Green the next year. Rahal, meanwhile, cracked the top three in points for the last time his career and placed third in his final Indy 500.

One of the few major departures from CART to the IRL, and a bit of an exception here Dick Simon Racing ran a number of drivers in 1995, including five cars at Indianapolis. Carlos Guerrero joined the team starting at Long Beach, while Dick Hall ran the first five races of the year. (Eliseo Salazar’s 1996 IRL diecast ran a roughly identical scheme, but I’ve omitted it here on that technicality.)