diecast customization isn’t exactly a new fad, even if the means that artists have nowadays are probably superior to what was out there years and years ago. the first hot wheels came with decal sheets that allowed you to call the shots on whose logos were on your car, as opposed to the pre-applied tampos of today (though they were still pre-painted). a lot of times collectors will find redlines from that first era on ebay with some strange and interesting sticker placements, or even numbers and stripes intended for other cars.

but a case like this is an absolute one-of-a-kind find. it doesn’t even just serve as an incredible example of customization and how far some folks are willing to go—it’s also a great example of a 15-20 year period of formula and indy car diecast history. 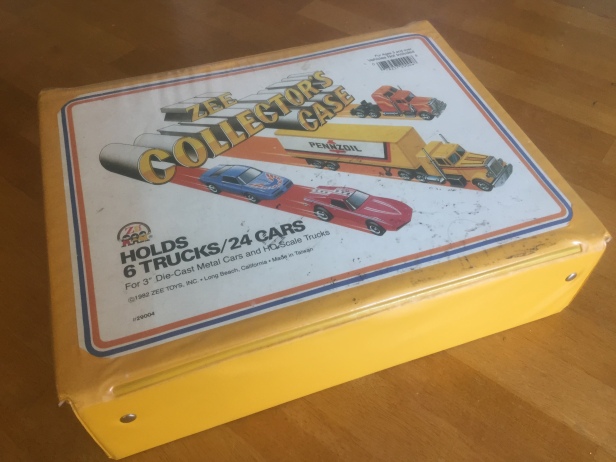 this zee toys collector’s case came with 60 cars in all (24 cars and 6 trucks my ass!), meticulously grouped and organized by their previous owner. clearly this was a well-loved set of toys, from a die-hard formula 1 fan. not only did they ensure that each car had a teammate, they also made little index cards naming each team and showing who’s who. all 30 of the teams named ran in formula 1 as constructors or engine suppliers in the 1970s or 1980s.

to make sure that each team had two ready-to-race cars, they made slight alterations to some of the cars to give them different numbers. sometimes they’re consecutive; sometimes, perhaps in a bit of foreshadowing to today’s era where points don’t influence numbers anymore, they aren’t. (sometimes, they were also done better than others.) 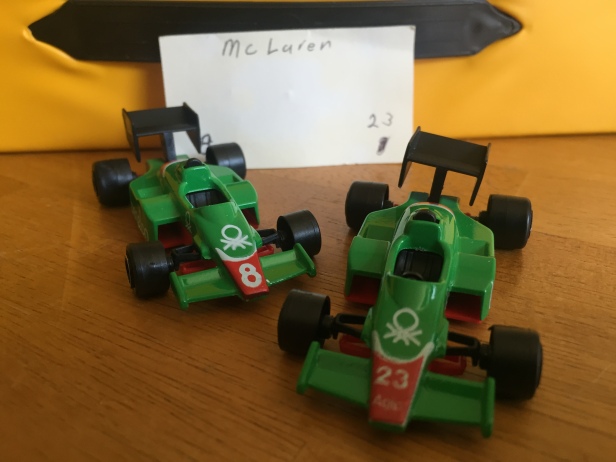 some of the definitive formula and indy diecast of the era is well represented here, with selections from majorette…

…and a good amount of yatming, which found a niche producing realistic (but not real) formula 1 cars from the mid-1970s.

sometimes the customization is barely noticeable. this yatming pair, where the 6 is the real car and the 9 is the custom, is a good example. (yatming also did a white brabham with blue and red stripes, similar in pattern to this car, that used number 9.)

sometimes the customization is all-out. here’s another yatming casting—these cars have been fully repainted in red, white, and blue…

…and here’s a look at it next to the car that went on market, casting 1303, patterned after a march f1 car. (the original-livery car wasn’t a part of this case.) 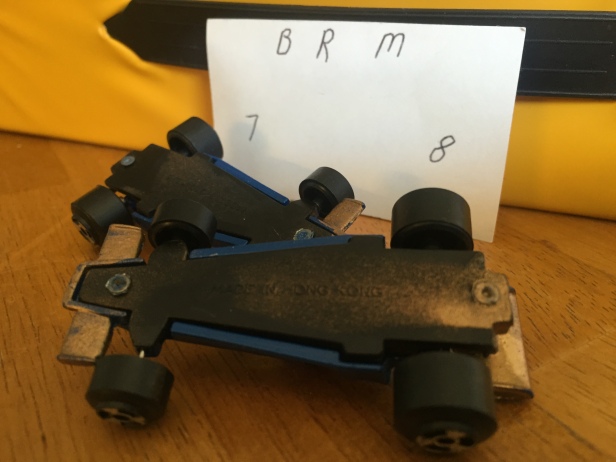 this pairing is another good example. you can even see the gold paint on the bottom of the cars from when they were customized. 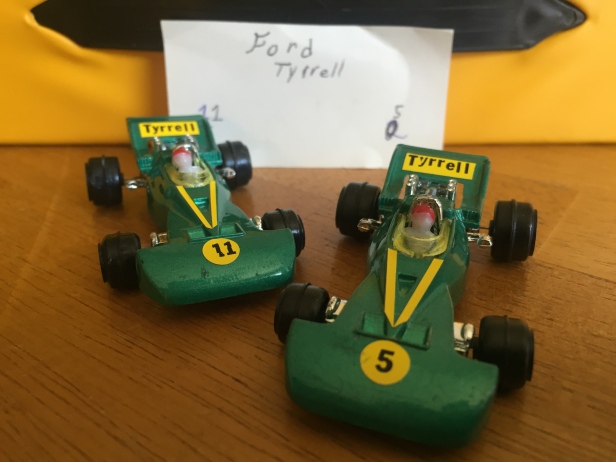 the naming doesn’t seem to have much rhyme or reason, though. on occasion, a decal on the car made the choice obvious… 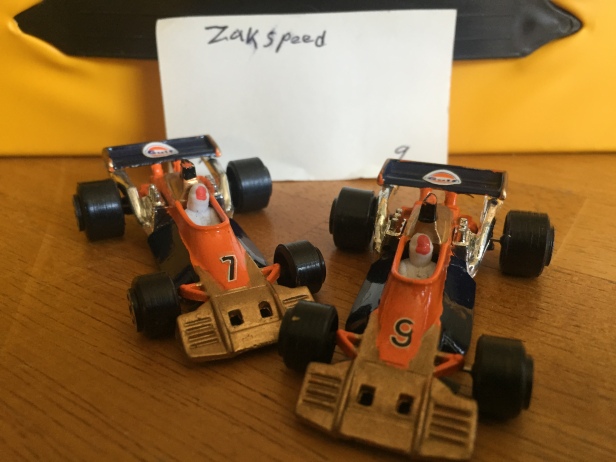 …but not always (with the earlier benetton-sponsored “mclarens” one example). zakspeed ran gulf-sponsored cars in various racing series, but never during its time in formula 1. 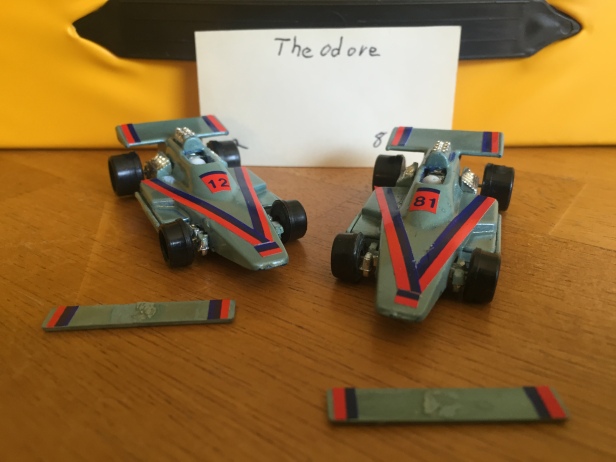 what is impressive, though, is how well a majority of these cars were preserved. this pair of theodores are pretty much the only cars in the entire case that took some damage. whoever owned, customized, and played with these cars surely loved them a lot. it almost makes me feel guilty about owning them.

if i had to choose a favorite, though, it’d probably be this pair of customs…

in some ways, having cars labeled “penske” in this box is an anomaly—the captain only entered f1 from 1974 to 1976 as an official constructor, though his team sponsored and built cars throughout the decade. but the pennzoil sponsorship didn’t appear on penske cars until 1983, and indy cars were also primarily yellow, and the number 8 has never seen extensive use in the penske canon (though rick mears ran the number with pennzoil in 1987). 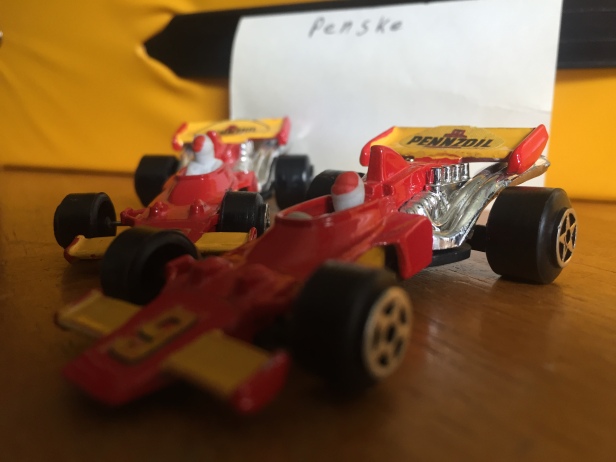 still, something about this customization just sits right to me. the cars look good. maybe it’s the fact that it’s  totally reminiscent of penske racing—block numbers, clean liveries, smartly placed accent colors—and yet nothing like what actually made it to the track.

that, to me, is what a good custom is all about, anyway—making something that looks like it could (and should!) be real, but is in truth just a manifestation of your own creativity. that’s what i like about collecting and customizing diecast. that seems to be what this person liked about it, too.